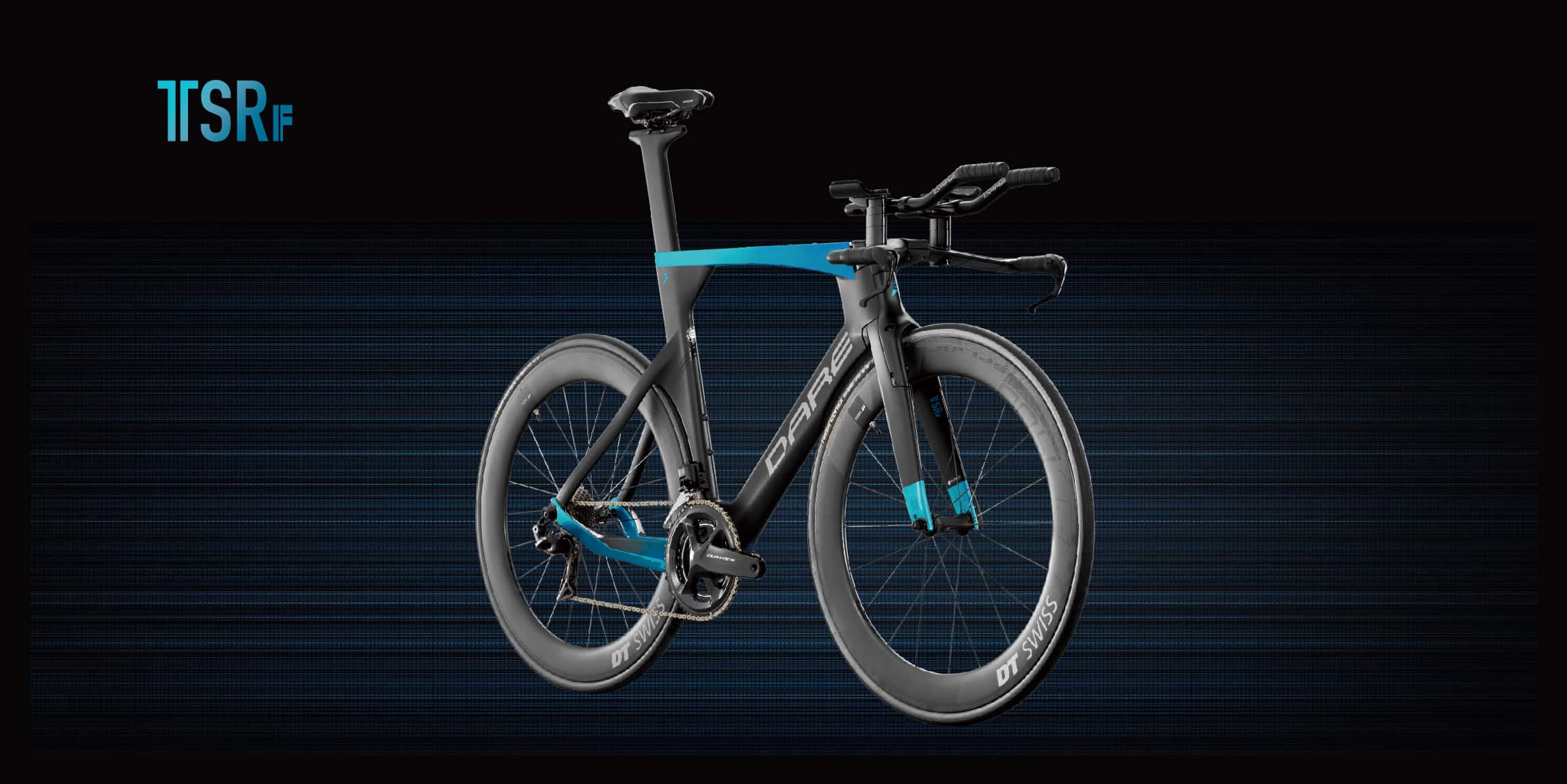 DARE Bikes exhibits the latest TT bike, the TSRf, and the new road bikes, the GF series, during 2018 Taipei International Cycle Show. This is the first time DARE unveils TSRf to the world.

An Evolved Formula for TT Victory- the TSRf

Inherited the name from the previous model, the TSR, and given the spirit of “the winning formula,” TSRf was born with high expectation from DARE’s design and develop team. After three years of analyzing long-term market feedback from the TSR, continuous wind tunnel data collection, and professional field-testing, DARE’s team has crafted an evolved formula for TT victory- the TSRf.

The TSRf boasts improved aerodynamics, more adjustability options, and a thoughtfully portable design. Cyclists can now skip the hassle in transporting their machines, and commit undivided attention to training and racing, and winning. 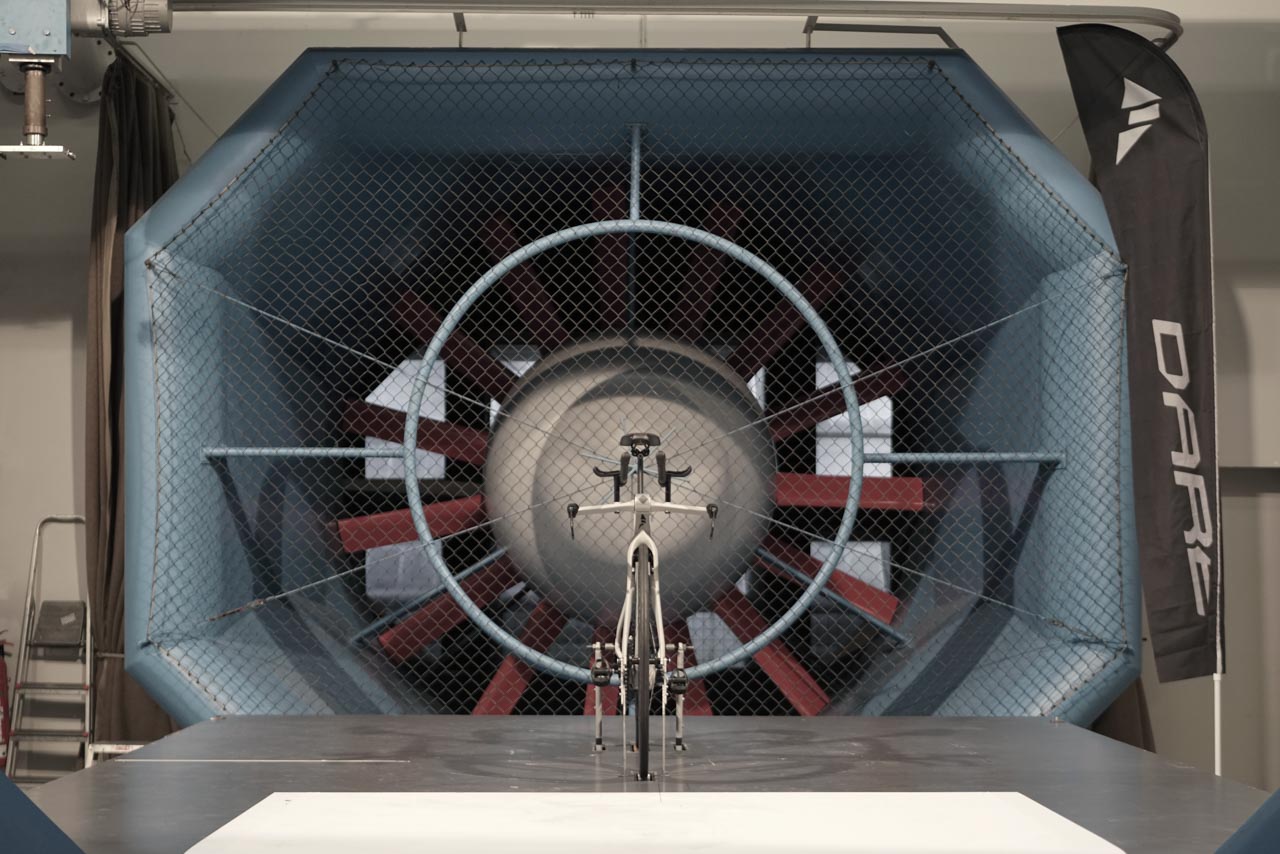 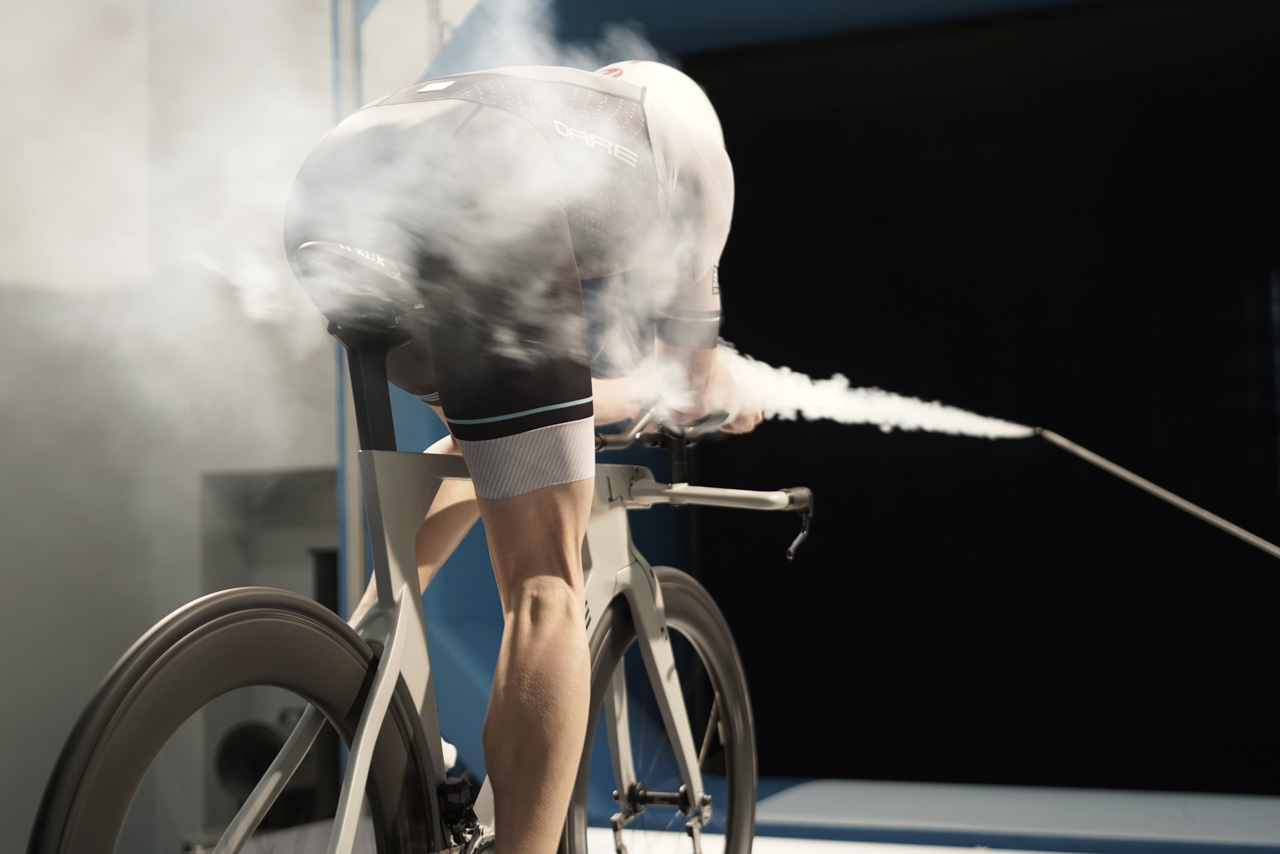 The GST wind tunnel test revealed a 15% decrease in wind resistance compared to before.

Fully compliant with UCI design specifications, the TSRf is the perfect weapon to conquer your races with. During the 2018 racing season, we handed the TSR+, the TSRF’s conceptual predecessor, over to the Uno-X Norwegian Development Team for technical testing. Not only did the TSR+ produce improved performances, we were able to gather feedback from the Uno-X racers and wind tunnel test that helped to complete the TSRf’s final form. This thorough process of testing and verification ensures that we’ve provided the highest quality product for our customers. 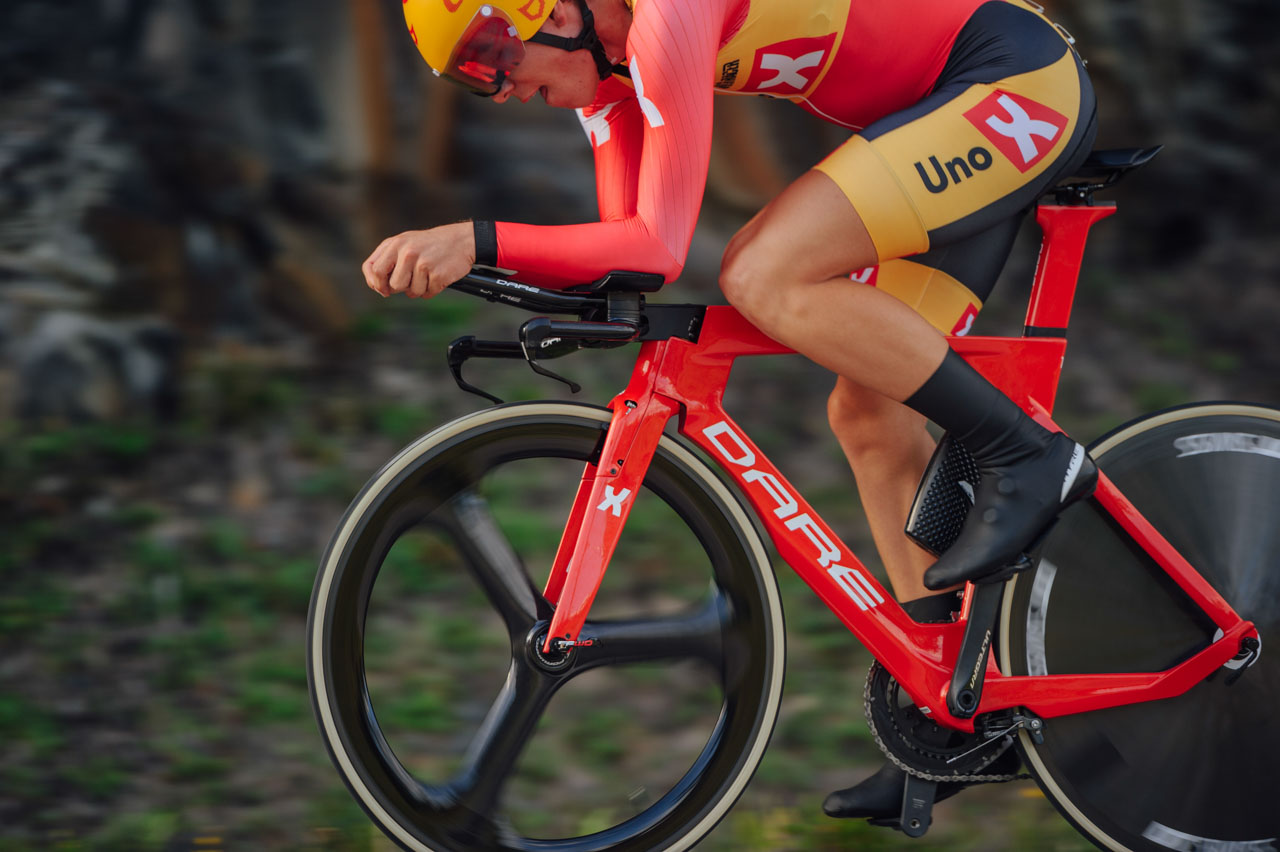 The new generation TSRf takes its paint to another level, with a fusion of electric blue and lake blue that expresses focus and energy during the increasing intensity of a time trial. It’s also adorned with stag beetle-inspired Nordic totem graphics designed exclusively for the TSRf. Their shapes echo the antler-like form of aerobars, and combined with patterns of road markings and crosswinds, demonstrate the true spirit of the TSRf. 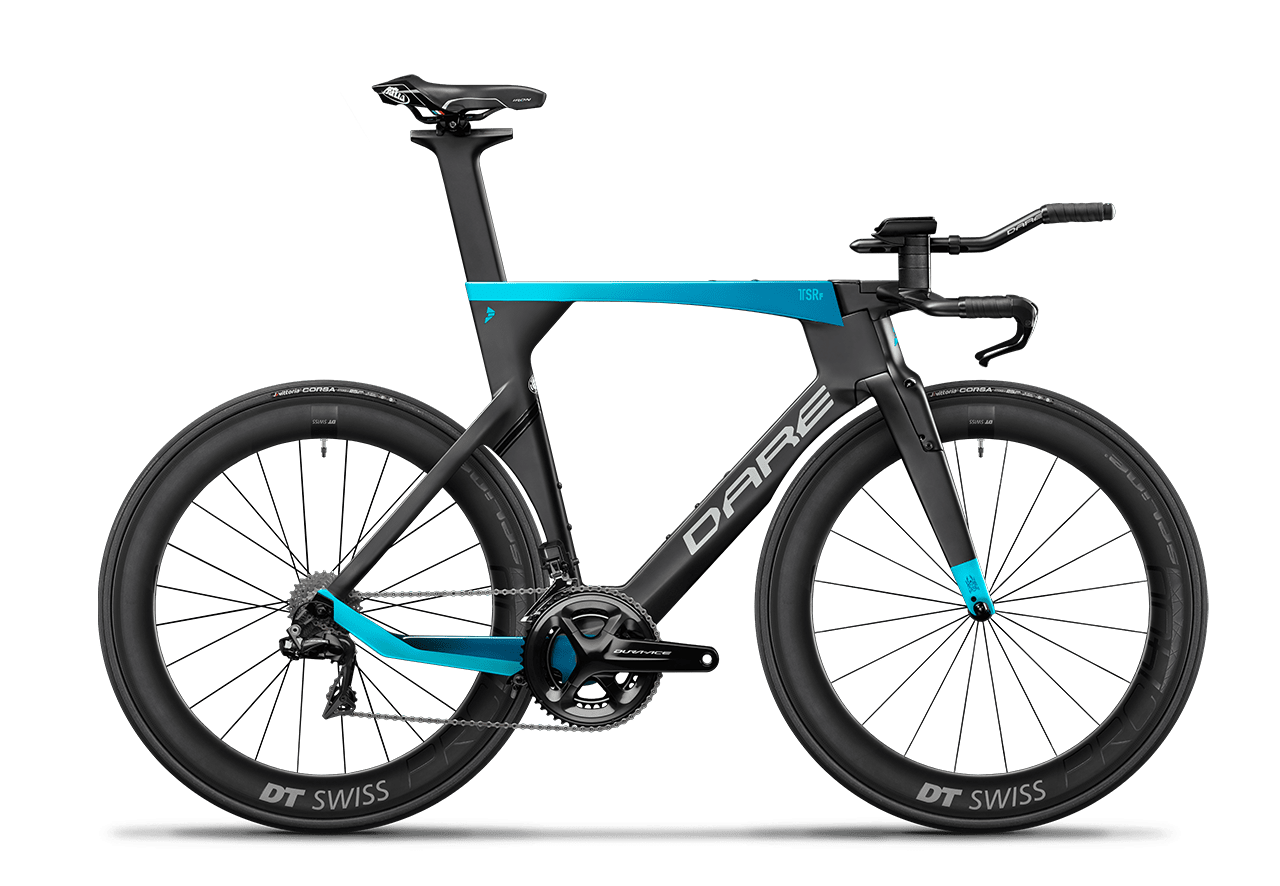 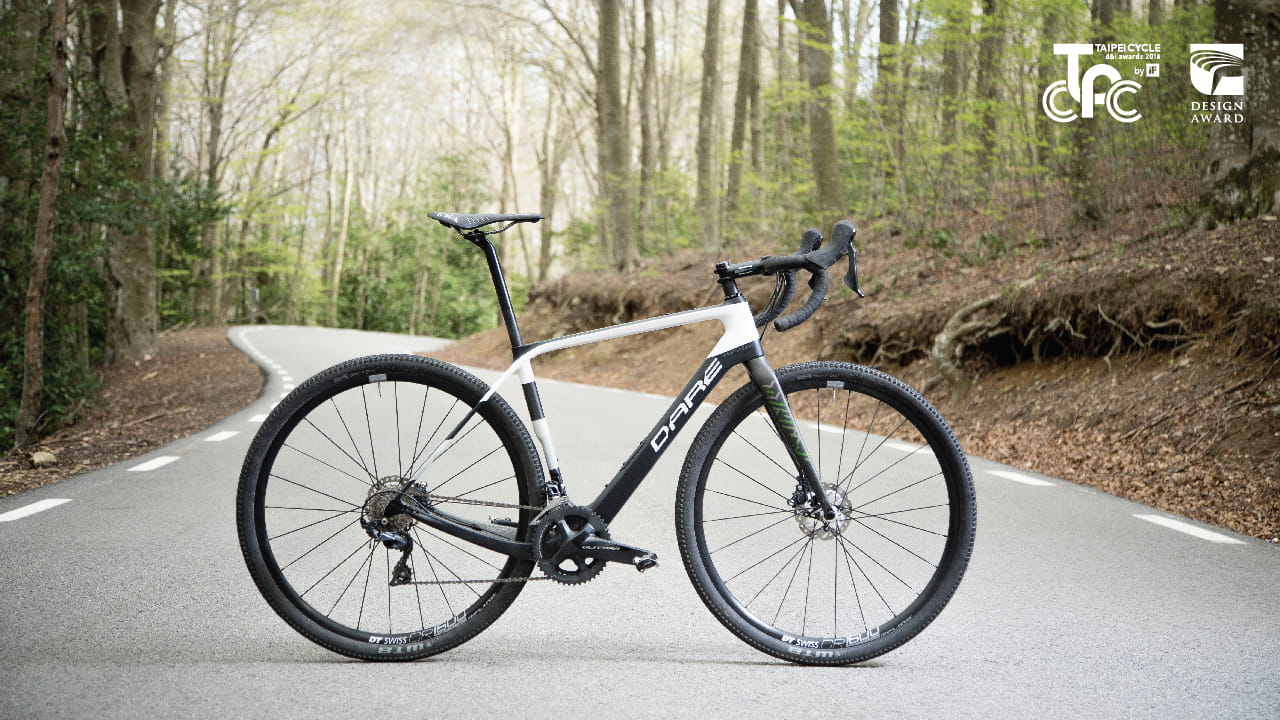 Says who that road bikes can only be ridden on pavement roads? In 2018, DARE Bikes presents the all new carbon GF series that brings more adaptability to the road, GFX and GFE. The GF series focuses on the needs of long distance and leisure cycling. It is prepared to handle adventures over any type of terrain, whether it’s forest trails or asphalt roads. With the GF series, no bad weather can stop you from going on a thrilling advanture. GFX is honor to win a 2018 Golden Pin award and a Taipei Cycle d&i award and will be exhibitted during Taipei International Cycle Show.

To learn more about TSRf and the GF series’ technology details, please visit us at Taipei International Cycle Show (4th floor booth N0321) from Oct. 31 th to Nov. 3rd. We look forward to seeing you there!